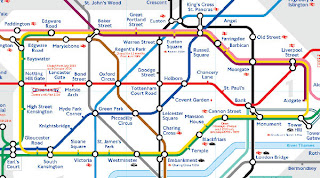 The magnitude of this project and interest in Wagner’s work is such that ROH has created a special group to support these productions.

The Wagner Circle brings together like-minded people for interesting and insightful evenings that provide a deeper knowledge and understanding of Wagner, his operas and their portrayal at the Royal Opera House.

In 2011/2012 the Wagner Circle will help to support The Royal Opera's revivals of Der fliegende Holländer and Die Meistersinger von Nürnberg and will enjoy a special programme of involvement around these productions.

Wednesday 2 November 2011
An afternoon in the company of Concertmaster Peter Manning, and members of the Orchestra of the Royal Opera House, to demonstrate Wagner’s string technique and orchestration in Der fliegende Holländer

Monday 19 December 2011
An evening around the first-night performance of Die Meistersinger von Nürnberg including a pre-performance talk and post-performance party with members of the cast. We have reserved top-price performance tickets for you to purchase*

Monday 18 June 2012
An evening in the company of the new Director of Opera, Kasper Holten, who directed his own imaginative Ring in Copenhagen 2006, and academic and author of Treacherous Bonds and Laughing Fire: Religion and Politics in the Ring, Dr Mark Berry. They will discuss different stagings of the Ring

* All tickets and catering would be in addition to the gift

Popular posts from this blog

The Wagner Society Zoom Events May 2021

May 03, 2021
The Wagner Society Zoom Events May 2021 • 5th May: “The Sea, music and death”: Wagner and Virginia Woolf with Dr Jamie McGregor (prt 3/ 4) • 7th May: Frida Leider, with Eva Rieger • 12th May: Roger Neill, topic tbc • 14th May: From Goodall to Longborough, with Anthony Negus • 19th May: Dr Mark Berry, topic tbc • 21st May: Wagner in Buenos Aires, with Eduardo Bennaroch • 26th May: “Nothung up my sleeve”: Wagner and James Joyce with Dr Jamie McGregor McGregor (prt 4/ 4) Events cost £5 to all members (including all non-UK Wagner Societies), £10 for non-members (refundable on joining) and free for students/under 30s. Please book here: https://wagnersociety.org
Post a Comment
Read more